By The River Brew Co

Location: Below the Tyne Bridge The customer wanted to develop a commercially viable brewing operation in a brand new retail space they were developing below the Tyne bridge in Newcastle. The brewery was to compliment the other retail spaces which included a restaurant, bar, coffee shop, cocktail bar and hawkers market that would be opened to the public at weekends.

A major part of the deal between the client and the local council who provided the land was that there had to be an open venue with a brewhouse installed by the 29/06/18.

It was key to ensure that the equipment was aesthetically pleasing as the venue was finished both internally and externally to a very high standard and the equipment needed to further enhance this rather than detract from it.

The venue had to be open in June to take part in the great exhibition of the north. This was a stipulation by the local authority.

The client already operates an existing brewery under a separate brand and at a separate location. The purpose of this project was to sit along side their existing site and further bolster their product offering. While allowing them to have an in-house brand with beer brewed onsite. 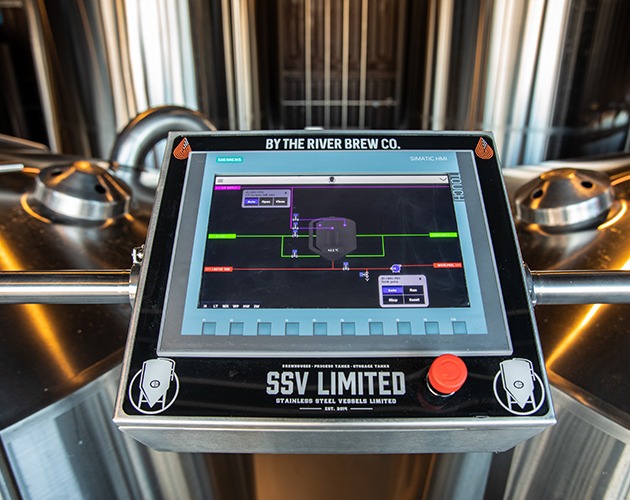 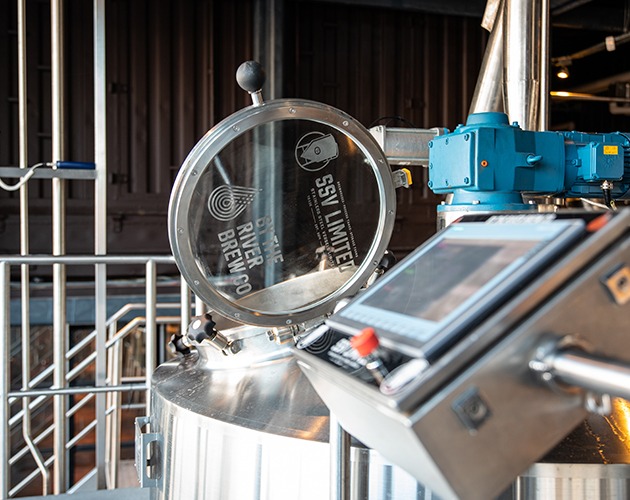 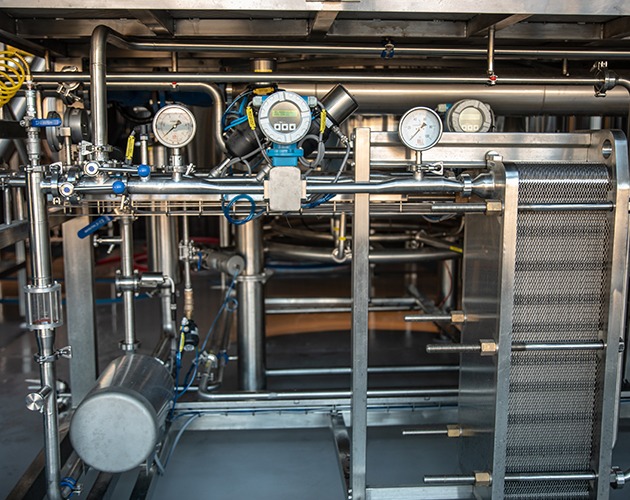 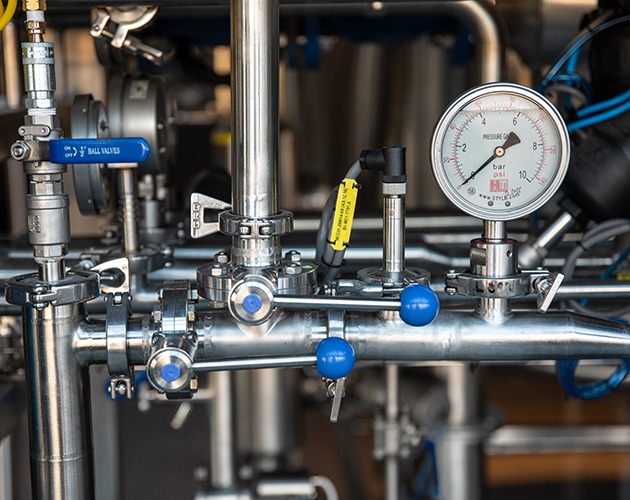 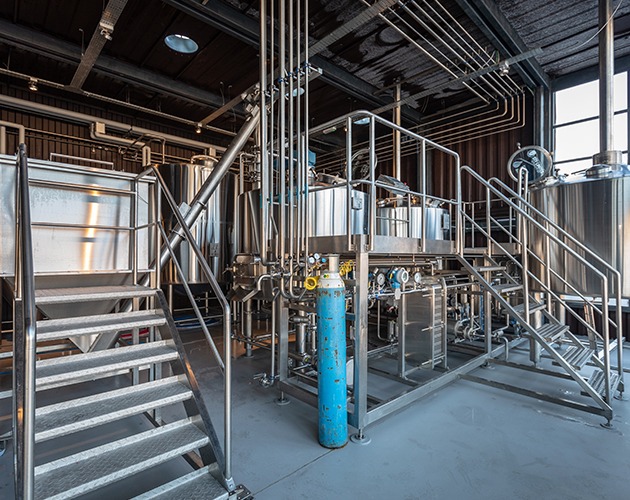 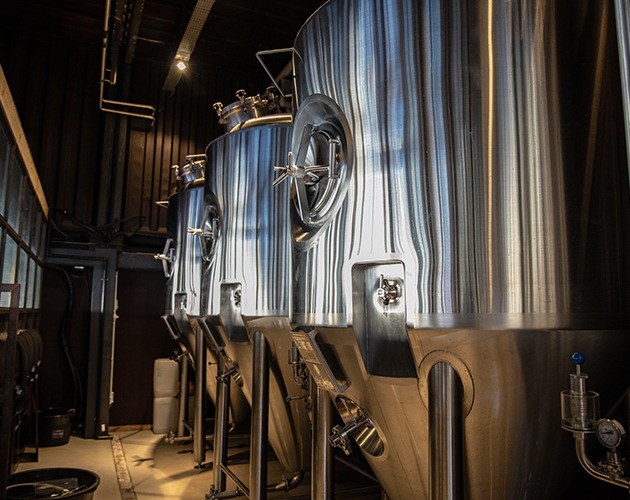 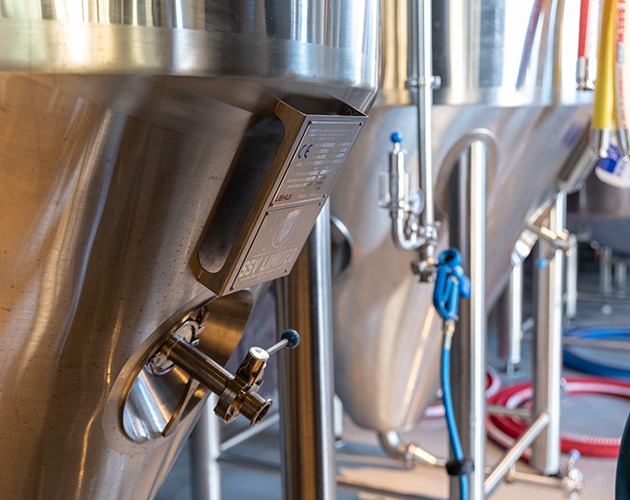 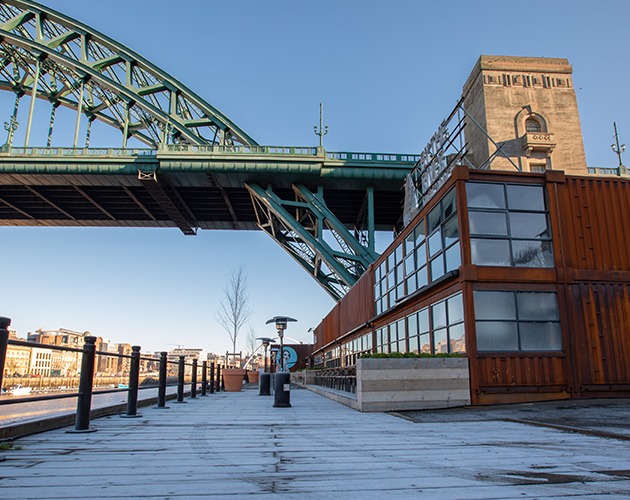 The site provided a large number of restrictions interms of access both through space constraints and the number of other contractors operating onsite ignorer to try and complete other areas of the overall construction.

With the brewhouse not being custom designed for the space we had a lot of installation constraints and conflicts with the building. The design incorporated a ‘feature window’ which was to showcase the brewhouse to passers by and customers. It was therefore critical we didn’t block the view with pipes or other installation materials.

Due to there only being 8 weeks available from the order date until the delivery date it was not possible to manufacture and ship a custom built brewhouse. Therefore our only option was to find one already manufactured. We managed to re-assign the brewhouse that was being sent for us to exhibit at the craft brewers conference in Nashville. This was already pre-sold to another client in the USa but we managed to negotiate with that customer to allow us to take the brewhouse at the end of the exhibition while building them a new one.

Once the brewhouse was secured we had to build the cold bloc tanks and water system. Unfortunately we didn’t have the same luck as we’d had in securing another customers brewhouse and so they had to be built. With the 8 week delivery schedule this only left us a 3 week window in which to manufacture the equipment.

Having managed to meet all of the manufacturing schedules and get everything in place to meet the deadlines upon arrival in the UK the equipment that was manufactured came into the uk via felixstowe port which happened to have a 10 day closure due to issues with a new it and operations system.

As the building was constructed from shipping containers the building was easily modified to accept the equipment and ingress was a relatively smooth process (although we did need to widen the door cut out a few millimetres to fit the HLT in).

Once all of the equipment was onsite the installation process was longer than our normal brew-bloc installs due to the fact the unit could be pre tested at the factory and we had to made substantial modifications onsite to integrate the liquor systems and convert all of the electronics from US standards to Uk standards.

We managed to achieve the clients delivery deadline of having all equipment onsite by the 29th of June making this the shortest turnaround project delivery we have ever achieved and ensuring the client upheld all of their obligations with the local authorities.

The client has been able to produce a totally new range of beers to stand along side their existing brands from their other brewery and this range has been very well received by consumers with them achieving the 4th best brewery in England rating on untapped (Correct at the time of writing this).

The equipment upheld the high level of aesthetic detail that the client was looking for in this location and the overall site looks visually stunning.

Our Work Previous Next